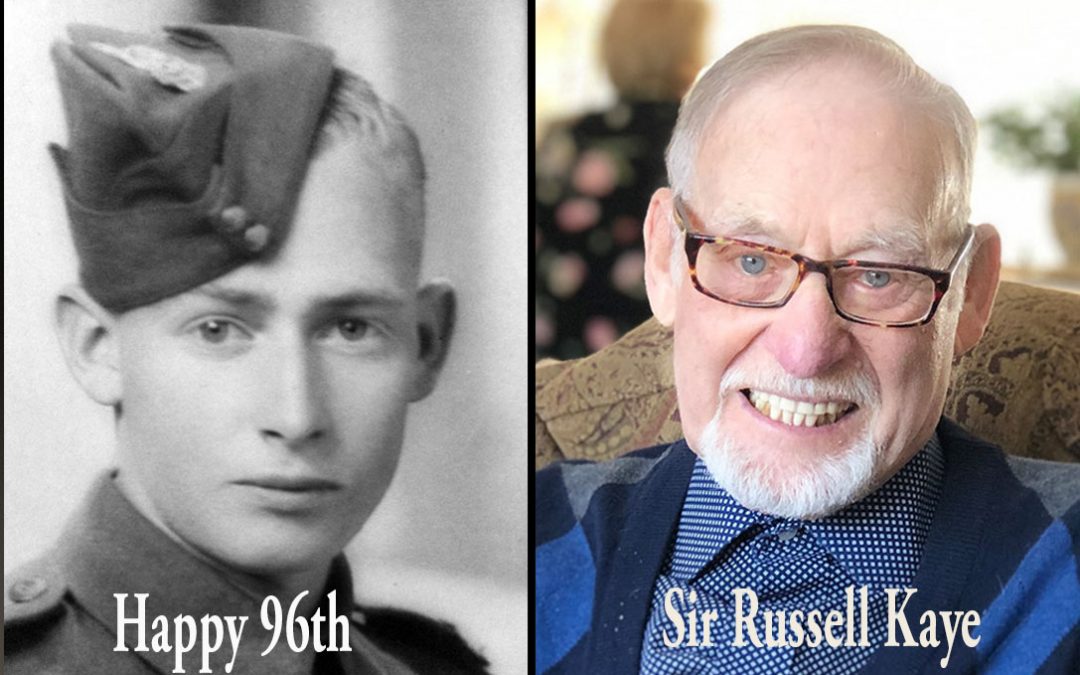 Sir Russell Kaye had a great day celebrating his 96th birthday with his family and is looking forward to next years!
He received a special gift from his daughter Susan Kaye-Hachey: “ I made my father a beautiful photo book of his trip to France! Glossy coloured pages of his seven-day journey, highlighting his first steps back onto the beach where he had landed in Normandy seventy-five years earlier!
We are proud of our father; going back to France with him was really an eye-opener for all of us. We knew nothing about that part of his life! “ 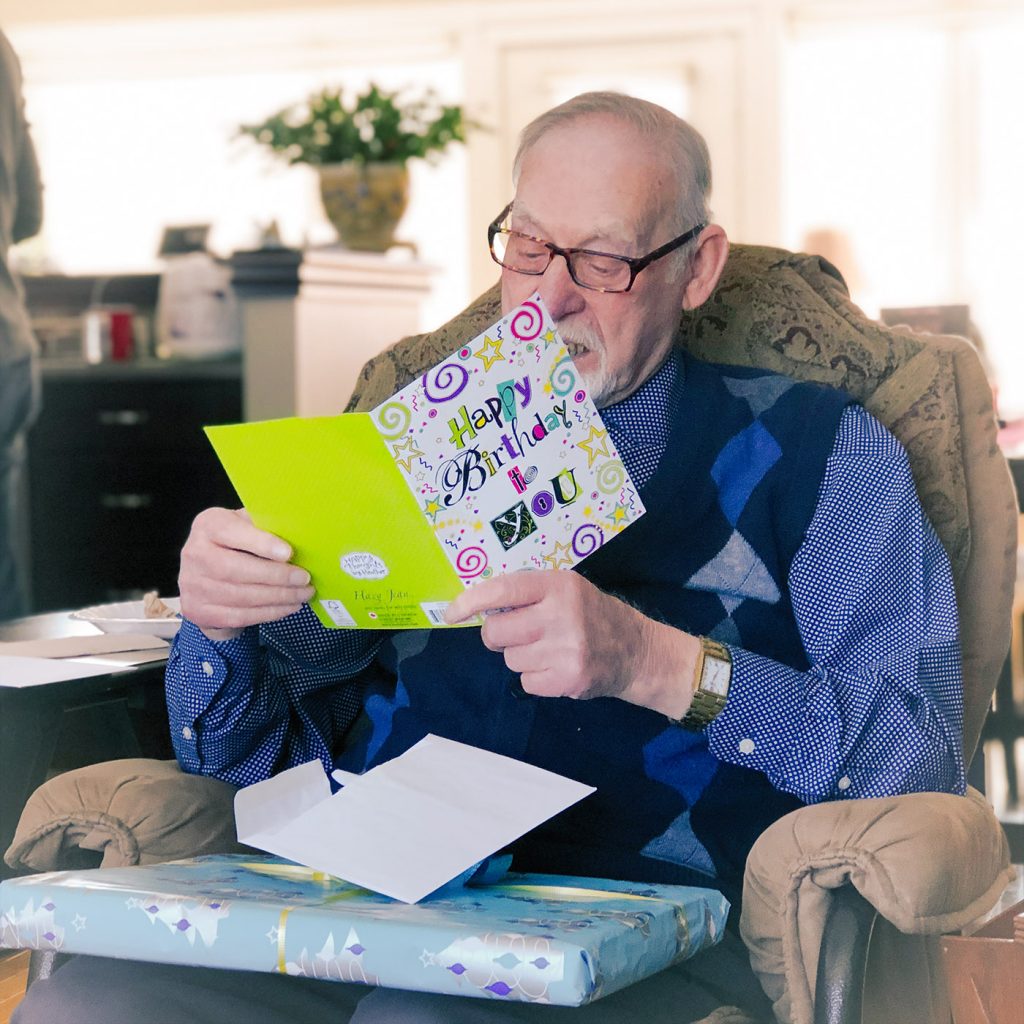 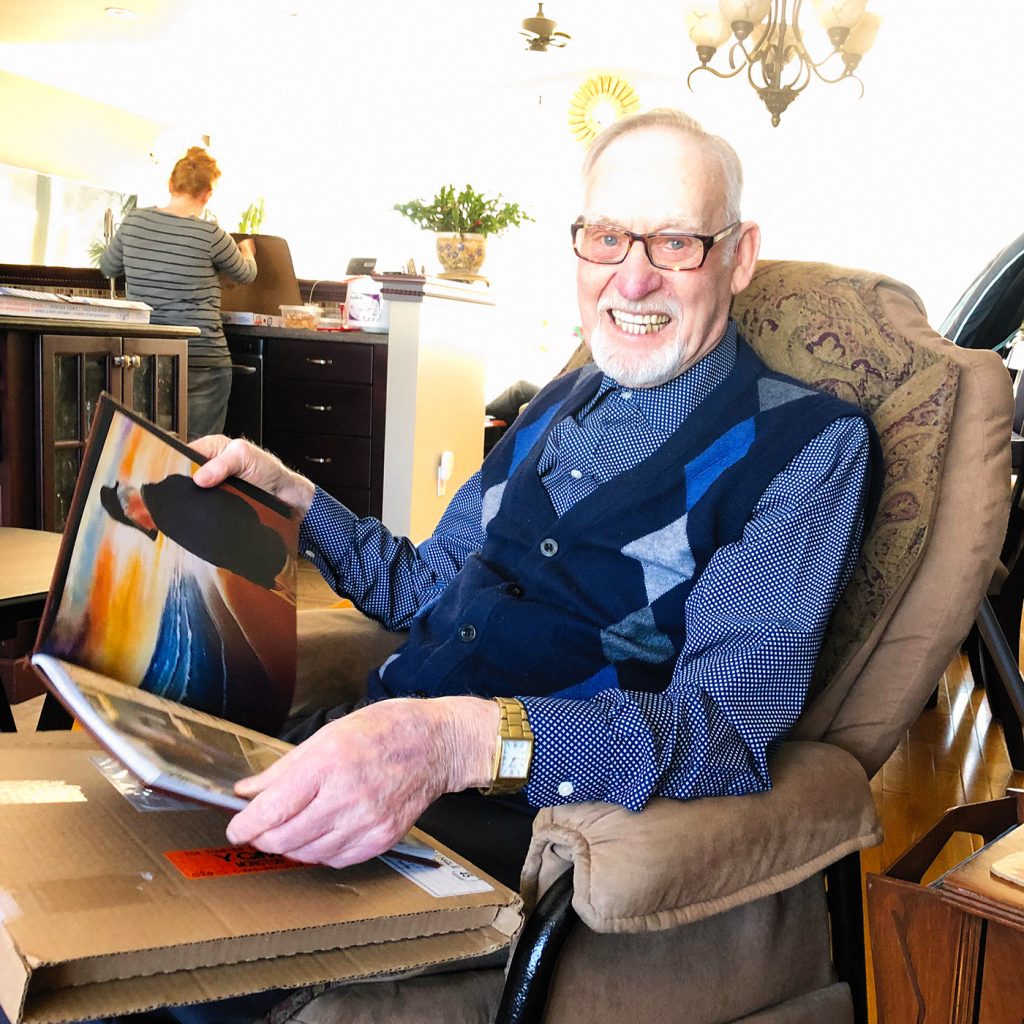 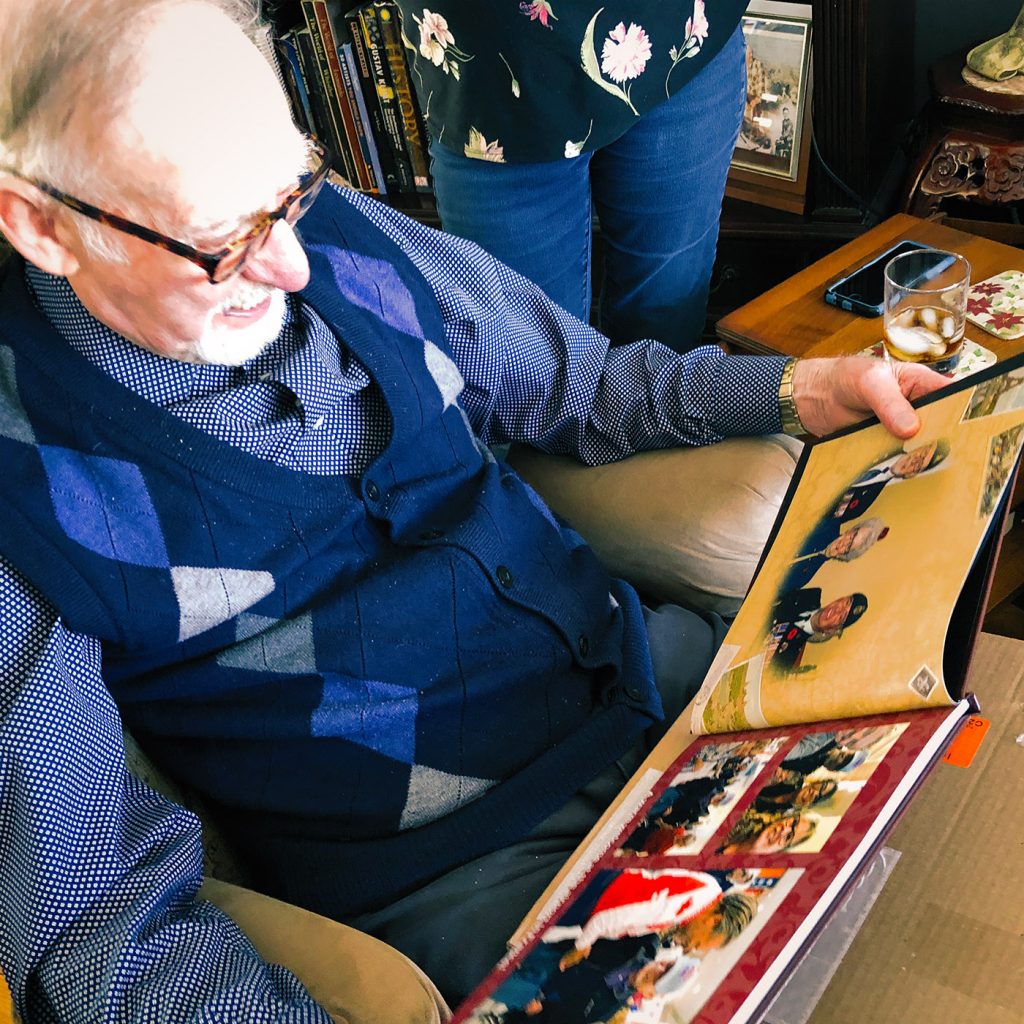 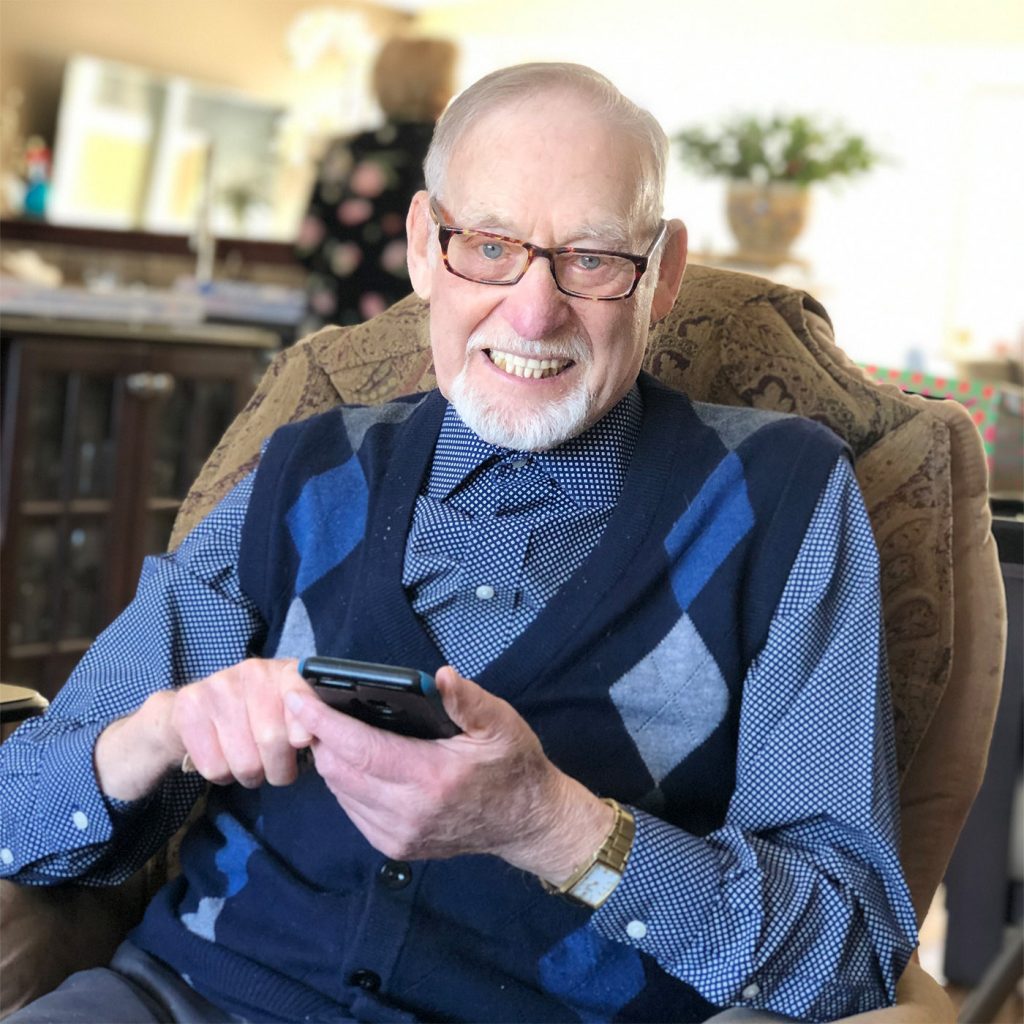 Russell Kaye was born February 9th, 1924, in Dorchester and grew up in Salisbury, New Brunswick.
Kaye enlisted in the army in Feb. 1942 in Moncton NB, taking his basic training in Fredericton and advanced training in Petawawa Ontario. Then sent to Borden England in 1943 and from there was sent to the 12th Field Regiment who were in the Portsmouth and Southhampton area. After the war, he rejoined the Canadian Army and served for another 24 yrs.

Now, a resident of Riverview, New Brunswick, veteran Russell Kaye, visited the graves of long-lost friends during his trip to France in June 2019. An ambassador for Wounded Warriors, he participated in the organization’s Battlefield Bike Ride, travelling 600 kilometres to the Juno Beach Centre.

When he saw an unmarked gravel pit along the highway between the cities of Caen and Falaise, he knew it was the spot where much of his regiment was wiped out by a bombing attack gone wrong.

“That was the worst,” said Kay, who served with the Canadian army’s 12th Field Artillery Regiment during the Second World War. His regiment was among the first to land on Juno Beach during June 6, 1944, landings in Normandy, and continued fighting through France, Belgium, Holland and Germany until the war ended on May 8, 1945. ( interviewed by Alan Cochrane, Moncton Times November 2019 )

September 2019, Kaye received the rank of Knight of the French National Order of the Legion of Honour from the Government of France
“War is not a good way to settle disputes, but considering the past history of the world, there are going to be wars and all you can do be ready for them. The better you are trained and prepared, the better you will be, but nobody wants a war to settle disputes, in my opinion anyway,” he said. “Every country loses its most important asset, which is their young people. That is a terrible thing.” Sir Russell Kaye
12th Field Regiment R.C.A. Veteran Gunner Russell A. Kaye, 43rd Battery.