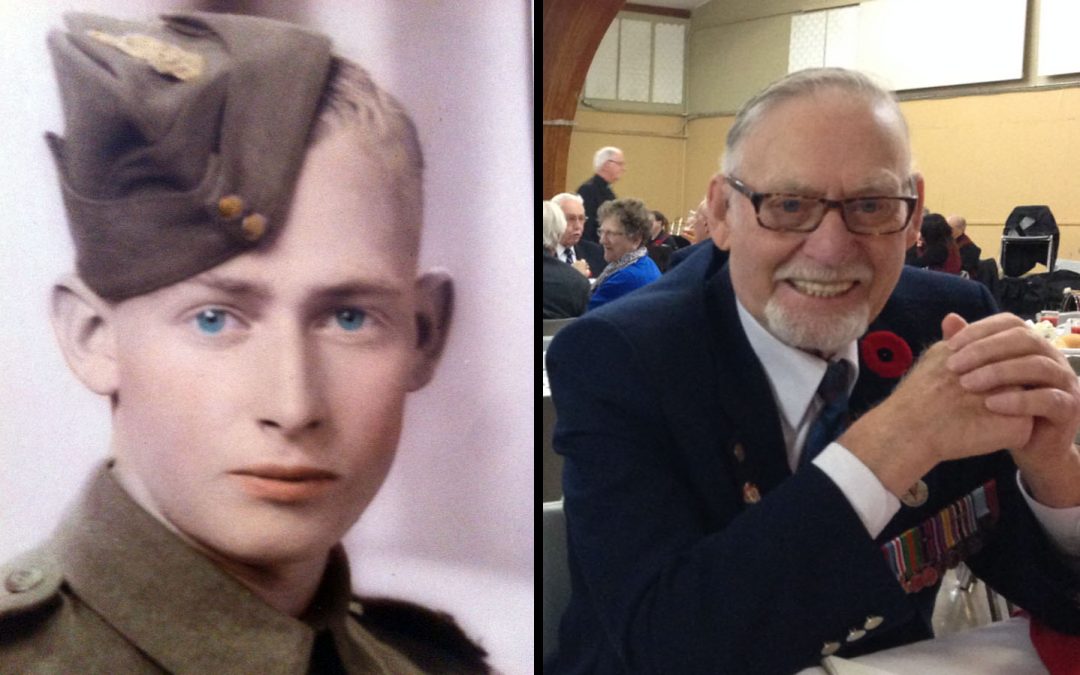 The 12th Field project crew, families and friends are happy to share, on July 1st, 2018, we received the following message on the website from 12th Field Regiment Veteran Gunner Russell A. Kaye # M101068, 43rd D Battery at the age of 94 years!

July 1st, 2018
I just stumbled on this site while browsing, and so glad I did as it brings back many memories of my days with the 12 Feld Regt. I was a Gnr on Johnnie Gormals gun in the 43 bty. I joined the Regt in England shortly before the D day invasion and remained with them until the war ended. My memory is getting a bit sketchy at times as i am 94 yrs of age, however I manage.

I enlisted in the army in Feb 1942 in Moncton NB . I took my basic training in Fredericton NB and my advanced training in Petawawa Ontario. I was sent to Borden England in 1943 and from there I was sent to the 12th Field Regiment who were in the Portsmouth and Southhampton area. After the war i rejoined the army an served for another 24 yrs.

After the war, Kaye became an artillery instructor at CFB Shilo, Manitoba, and served in the Korean War.
Married in 1946 and raised two sons and three daughters. His son Chris served as a medic with the Royal Canadian Regiment for 30 years. Retired Chief Warrant Officer Chris Kaye‘s son, an Cpl. Shaun Kaye, also served as a medical assistant and was wounded while serving in Afghanistan. 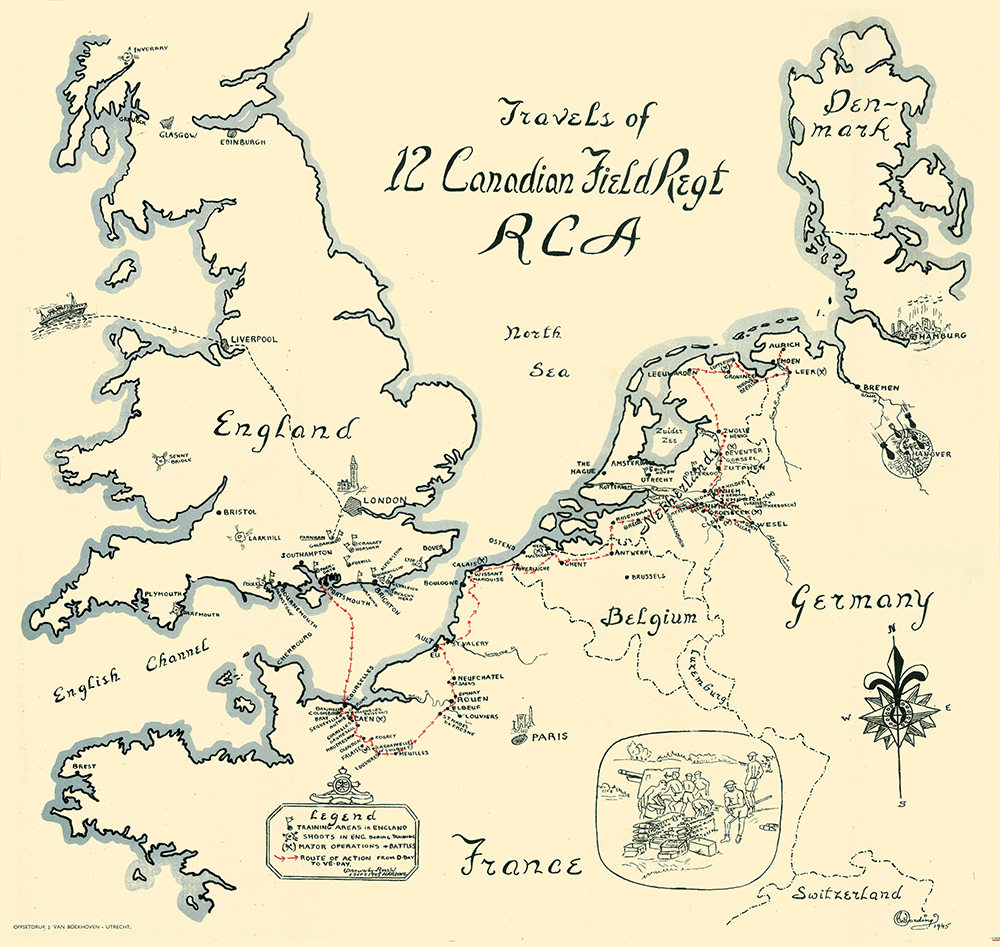 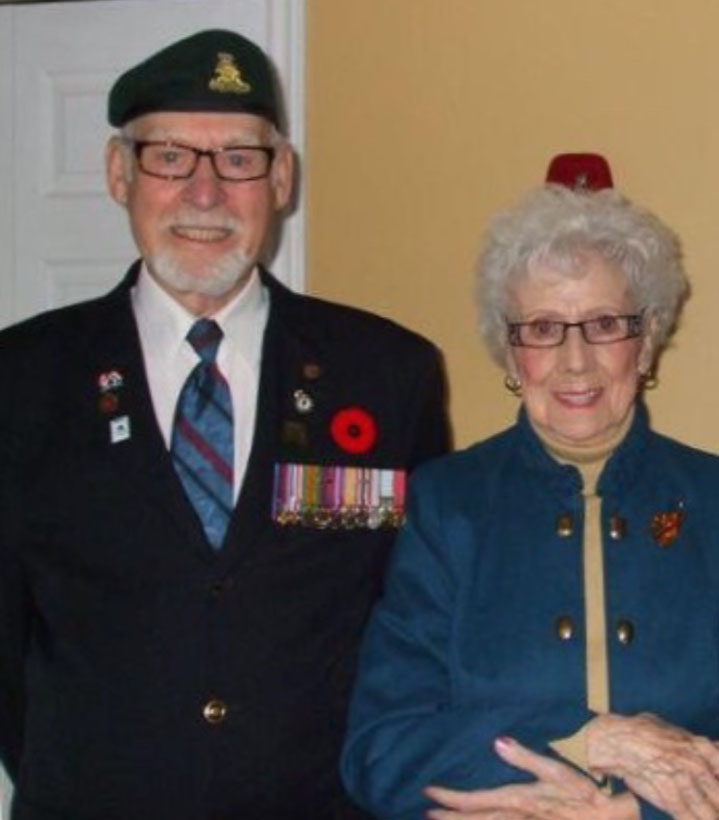 Pictures of  Russell A. Kaye as a young gunner, and then later in life with my wife Eleanor