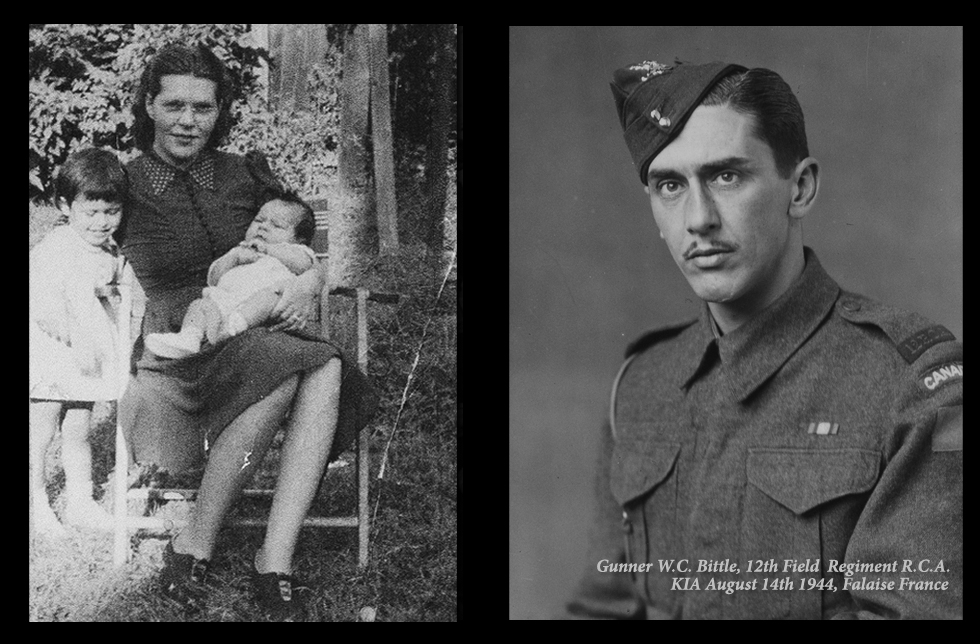 My Father, Walter Culhane Bittle served with 12th Field Regiment in France.
He was KIA on August 14 1944 near Haut-Mesnil / Falaise.
In July of 2011,  3 years ago I took my entire family, 15 in all to Normandy. We all stood on the sands of Juno Beach
and visited the Juno Centre, and then to the Canadian War Cemetery in Brettville sur Laize.
This was on July 3 my 70th Birthday.
The purpose was to ”connect” them to my Father, their Grandfather and Great Grandfather Walt Culhane Bittle.
and the sacrifices the fallen, the wounded and returning soldiers did for all our families and our futures.
~ Barry R. Bittle (1941-2020) – Passing of Barry Bittle, son of the father he never met >>

Photos from August 18th, 2014 at the ceremony at Fontaine-le-Pin.

Our boys who gave their all >>

Premiere at the Norgan Theatre  >>