Great preparations were under way for celebrating Christmas 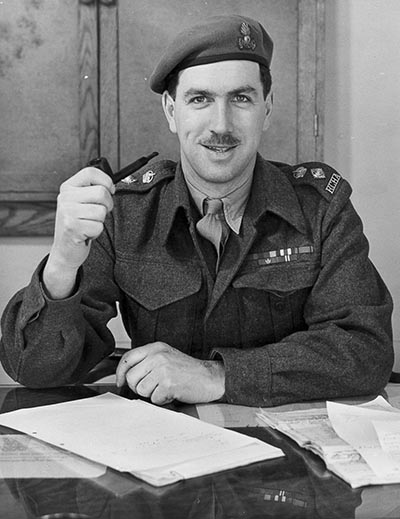 The Officers had a mess dinner December 24th and sharp on the stroke of midnight we presented our enemy with a lovely Christmas present consisting of a salvo from twenty four guns to be followed by nineteen others during the night. The 43rd and half RHQ had their dinner the next day and with a proper interval to allow recovery and the other Batteries also had their Christmas festivities. They were all great successes; the food was plentiful and the jug never empty!
On December 26th the 7th Brigade took over from the 4th Brigade who went into Corps Reserve. We took over the 4th Field Regiment’s area about a mile to the east and it didn’t take us long to move. Lt-Col Webb had gone back to England the day before Christmas and we heard that day that he had been awarded the DSO.
The position required a tremendous amount of cleaning up and this kept us extremely busy for a few days. The weather was greatly improved — clear and cold and we did a consider-able amount of firing. New Years Eve passed without any “official” incidents. 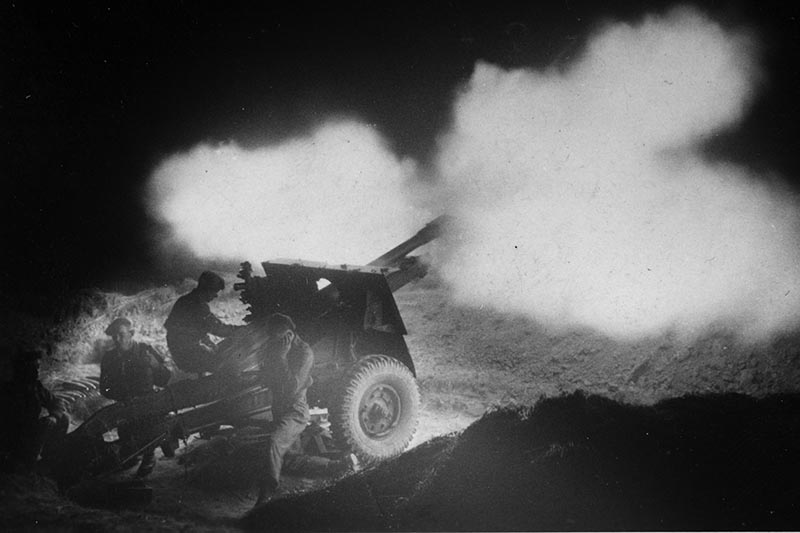 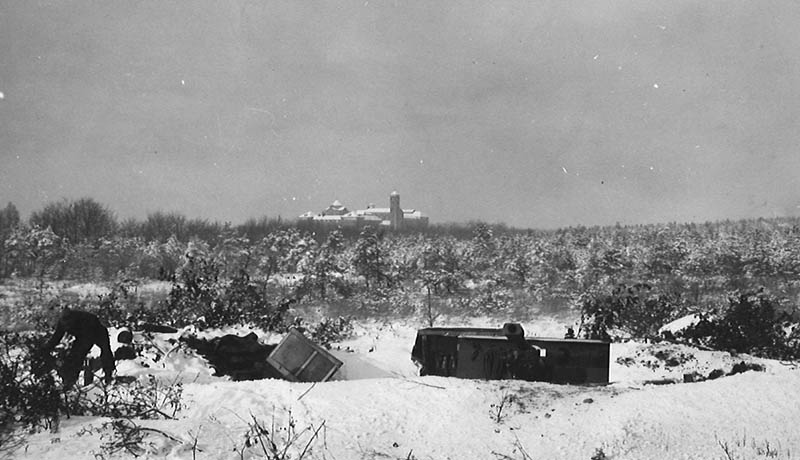 1 Jan 45: At 0900 hrs this morning many enemy planes were observed in our area. One was seen crashing down in front of our forward troops and a report from H.A.A. regt states that 14 were shot down. The first group of officers and ORs going on leave to U.K. left during the day. It was composed of Major D.M WILSON, Lt D. FROST and O.R.S. Most of the OPs were relieved during the day; Major KIBLER replacing MORISON as CRAs Rep with 7 CIB. Capt FARAH OP #1 Capt HOOPER OP #2 Lt McDONELL OP #3, Capt BELL„ OP#4, U„ Capt HAIR OP #6. Lt-COL R.H. WEBB came back during the evening from a tour of duty in England, and reassumed command of the Regiment. The weather remained nice with good visibility. Little activity was reported from the front. The fire plan on Exercise KICK was successful. The patrol reached their objective, killed at least one enemy but failed to to bring back any P.Ws.

2 Jan 45 : Weather today was cloudy and misty. Visibility down to 500 yards. The day was quiet with very, little activity being reported at the front from the OPs and only ten HP tasks fired from 0001 to 2400 hrs. In the afternoon Lt-Col WEBB, DCO went around the Regimental area and inspected gun positions and later on went to HQ. 3 Cdn Inf Div. At night Lt BURNS and Lt LAFFERTY reported back from Brussels where they had gone on a 48 hr leave. The second group of personnel for leave to UK are getting ready to leave to-morrow morning. Twenty three D-day men will be going to England for at least seven days.

3 Jan 45: Rain and mist prevented any observation during the day but the weather was not as cold an usual. Three bombards and three HPs were fired. In the afternoon Lt ADDIS and .Lt SUTTER were prosecuting and defending officers on a Court Martial held at Div. During the night the Regiment fired 5 rpgs on a fire plan in support of Exercise TRUP. The intention of thin exercise carried on by 9 CIB was to capture PWs . The fighting patrol encountered heavier resistance than was expected and suffered five casualties but didn’t get any PWs.

4 Jan 45: This morning, the CRA Brigadier SUTTIE paid a visit to this HQ. Major MORISON was appointed CRAs Rep with a reserve Bn, the CSR, this Bn with le Reg de la CHAUDIERE Stood by ready to counter attack should the enemy succeed in penetrating our lines. At 1400 hrs an Air OP shoot was prearranged; the first target, building and church at MR 782544 and this was allotted to the 11 Bty. The second an orchard believed ….. 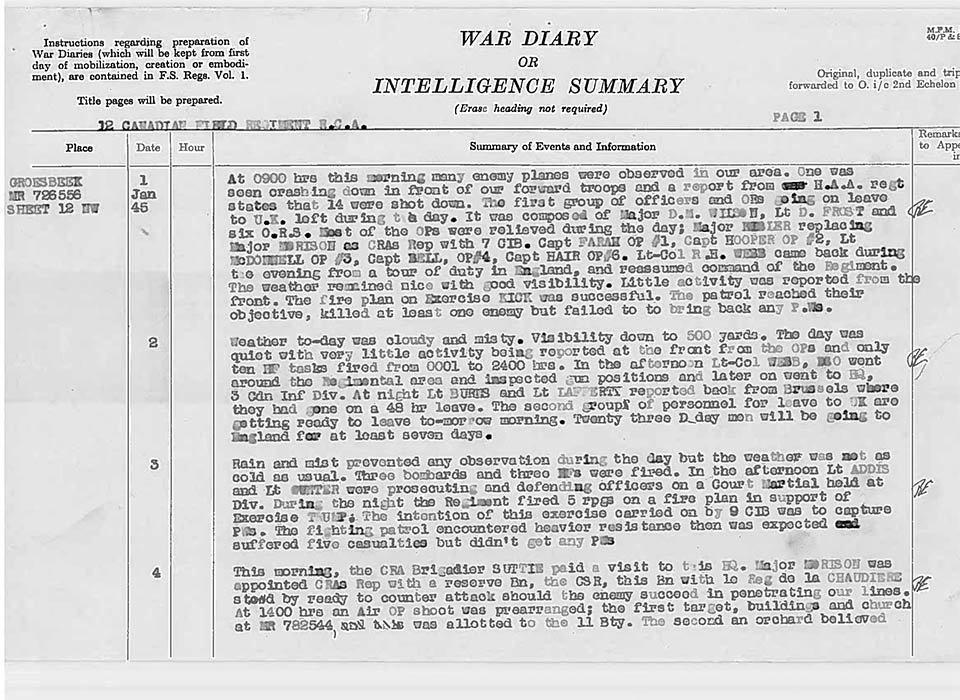