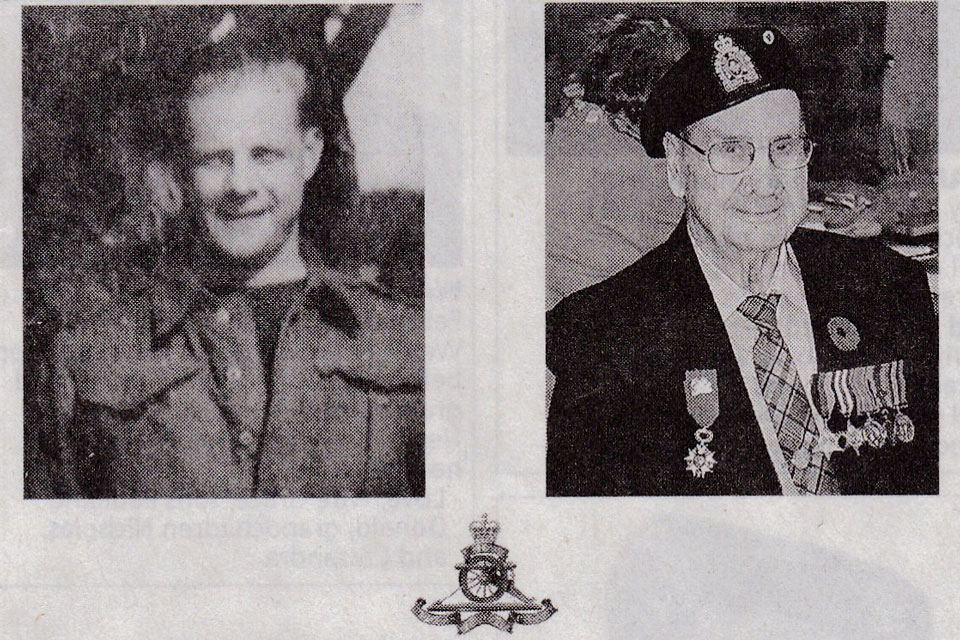 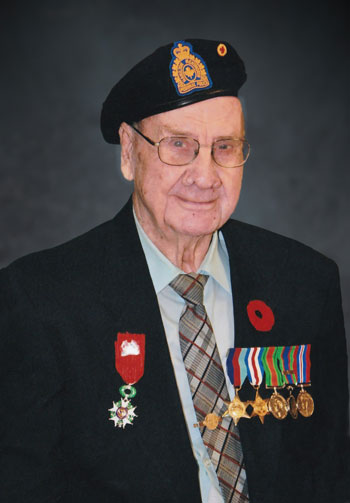 Tom was Veteran of WWII, serving from 1940-1945 with the 12th Field Regiment, Royal Canadian Artillery.  In 2015, he was made a Knight of the French National Order of the Legion of Honour, in recognition of his service and involvement in the liberation of France.

He spent over 30 years as an officer of the Hamilton Wentworth Regional Police Department, retiring in 1980.

The Film crew and team of the 12th Field documentary is forever grateful to have met Tom and heard some of his incredible WWII stories we are so grateful to share.  He represents to us the true meaning of humility, bravery, service and loyalty. Such a kind, strong and good man will live on in the hearts of those who knew him…. ” Old Soldiers never die “

A joint memorial service for both of them was held on April 10th, at the RHLI Legion, 1353 Barton St East, Hamilton.

The Documentary Film of the 12th Field Regiment was showed in a corner of the room with most chairs filled all day. Interest was expressed to Bob McEachern for the Hamilton Schools. 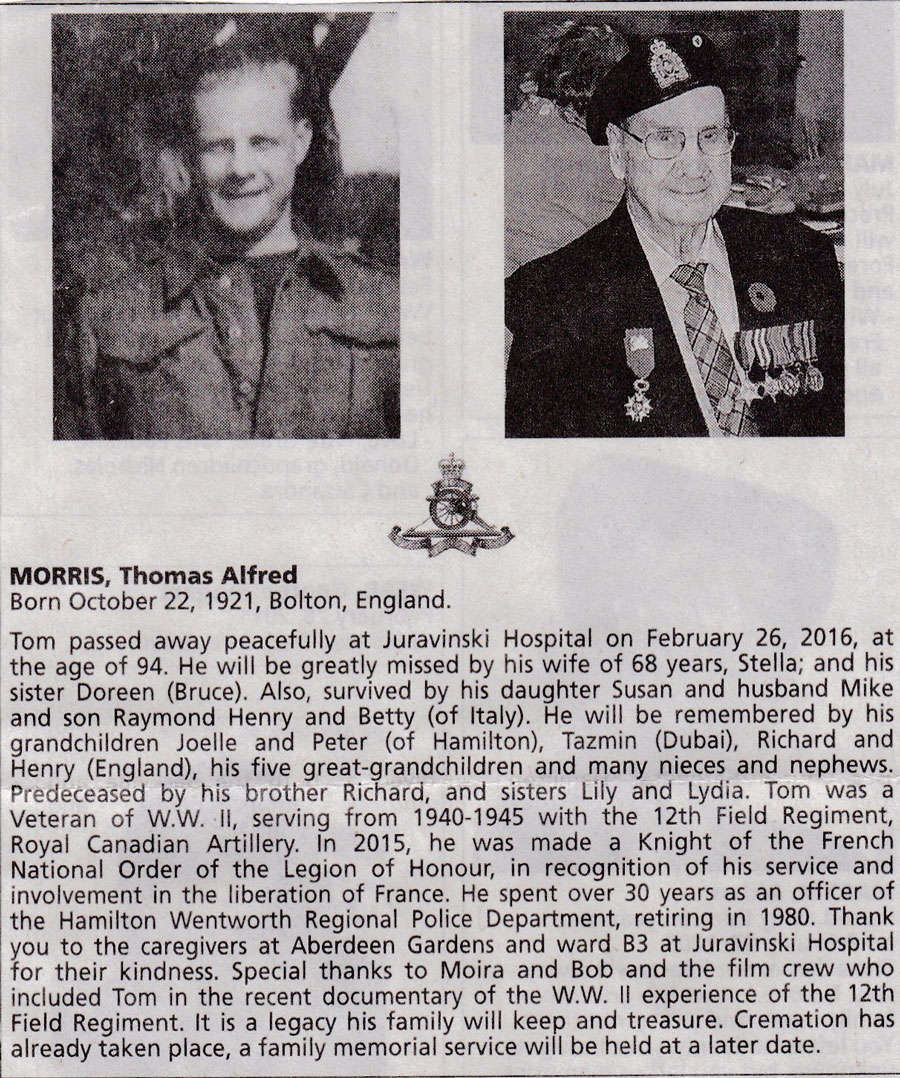