HELPED TEND THE WOUNDED IN THE FACE OF ENEMY COUNTER-ATTACK 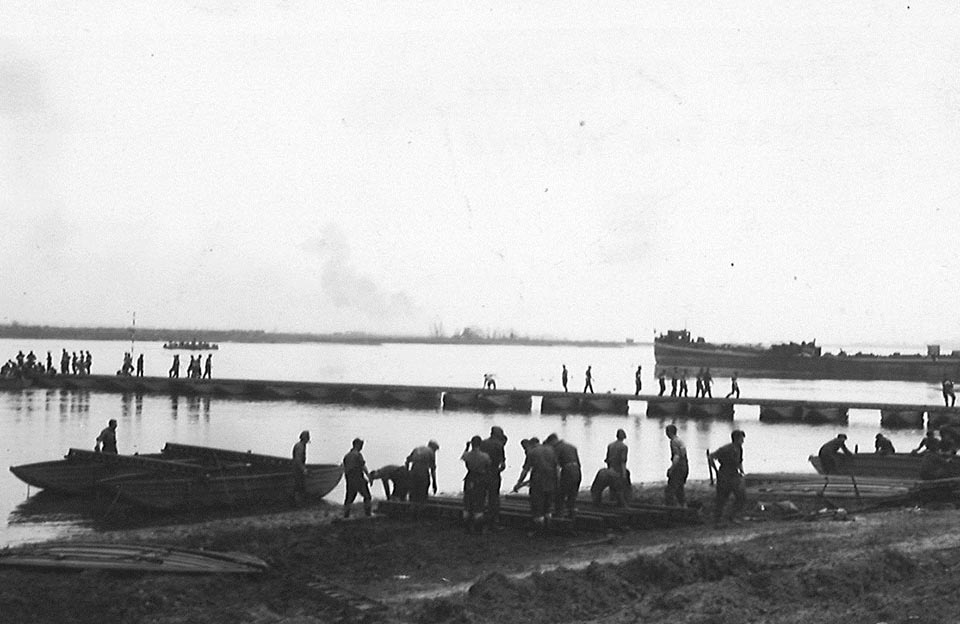 Gunner William Clifford Ace of the 12th Field  Regiment Royal Canadian Artillery acted as a signaller to a forward observation officer ( FOO ) with The Canadian Scottish Regiment throughout the entire period prior to and after the crossing of the Rhine. Always right up with his office, Gunner Ace was continually under mortar, small arms and artillery fire. However, throughout this long exhausting period, he was always cheerful and willing to do any and all tasks required.

On the afternoon of 21 April 1945, Gunner Ace was in an observation post in a barn near the village of Wagenborgen ( Holland ) when the barn was very heavily shelled. As his radio set was the only communication for both the artillery and the infantry, he manned his set until long after the barn was well ablaze and his officer missing in the ruins. Gunner Ace then helped tend the wounded even in the face of an enemy counter-attack, and was finally one of the very last to leave the position.

One of the observation officers with Gunner Ace during this long period was killed and one wounded, but he always stuck to his job and kept the all-necessary communications open as long as humanly possible. 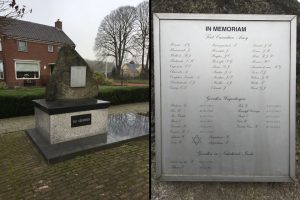 The village of Wagenborgen has a little monument with the names of fallen soldiers and civilians. On the plate is the name of 3 soldiers of the 12th Field Canadian Artillery Regiment:
Captain D.G. Innes
Gunner A.J. Mueller
Gunner J.P. Moulin

many thanks for this message from our friend of the 12th Field: Johan Schansker-Netherlands 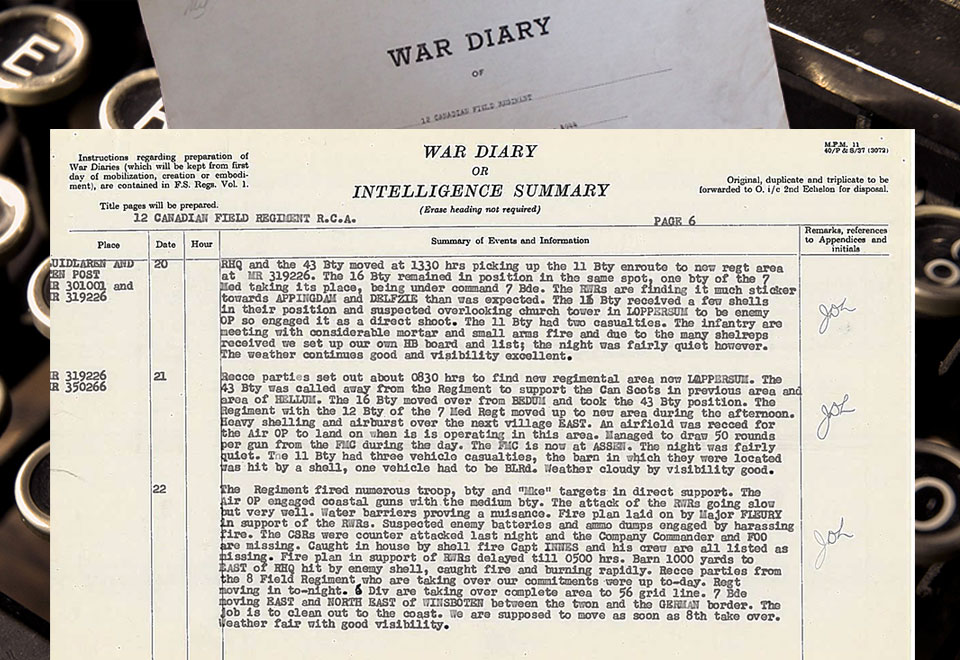 Summary of Events and Information
April 20th: RHQ and the 43 Bty moved at 1330 hrs picking up the 11 Bty enroute to new refit area at MR 319226. The 16 Bty remained in position in the same spot, one bty of the 7 Med taking its place, being under command 7 Bde. The RWRs are finding it much sticker towards APPINGDAM and DELFZIE than vas expected. The 16 Bty received a feu shells their position and suspected overlooking church tower in LOPPERSUM to be enemy OP so engaged it as a direct shoot. The 11 Bty had two casualties. The infantry are eating with considerable mortar and small arms fire and due to the many shelreps received we set up our own HB board and list; the night was fairly quiet however. The weather continues good and visibility excellent.

April 21: Reece parties set out about 0830 hrs to find new regimental area now LOPPERUM. The 43 Bty was called away from the Regiment to support the Can Scots in previous area and area of HELLUM. The 16 Bty moved over from BEDUM and took the 43 Bty position. The regiment with the 12 Bty of the 7 Med Regt moved up to new area during the afternoon. Heavy shelling and airburst over the next village EAST. An airfield was recced for the Air OP to land on when is operating in this area. Managed to draw 50 rounds per gun from the FMC during the day. The FMC is now at ASSEN. The night was fairly quiet. The 11 Bty had three vehicle casualties, the barn in which they were located as hit by a shell, one vehicle had to be BLRD. Weather cloudy by visibility good.

April 22: The Regiment fired numerous troop, bty and “Mike” targets in direct support. The Air OP engaged coastal guns with the medium bty. The attack of the RWRs going slow but very well. Water barriers proving a nuisance. Fire plan laid on by Major FLEURY support of the RWRs. Suspected enemy batteries and ammo damps engaged by harassing fire. The CSRs were counter attacked last night and the Company Commander and F00 are missing. Caught in house by shell fire Capt INNES and his crew are all listed as missing. Fire plan in support of RWRs delayed till 0500 hrs. Barn 1000 yards to EAST of RHQ hit by enemy shell, caught fire and burning rapidly. Recce parties from the 8 Field Regiment who are taking over our commitments were up to-day. Regt moving in to-night. 6 Div are taking over complete area to 56 grid line. 7 Bde moving EAST and NORTH EAST of WINSBOTEN between the town and the GERMAN border. The job is to clean out to the coast. We are supposed to move as soon as 8th take over. Weather fair with good visibility. 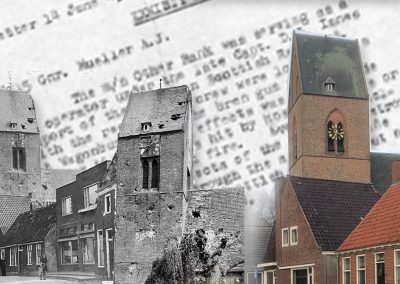 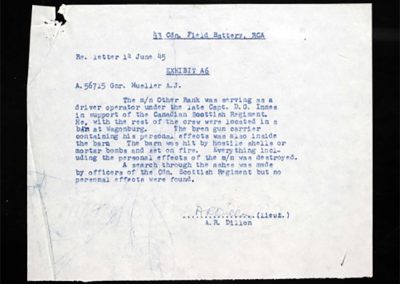 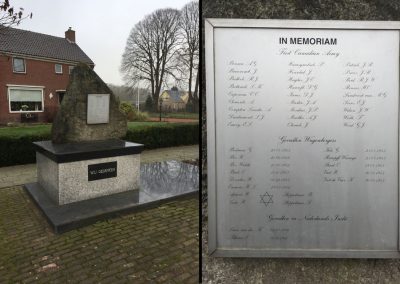 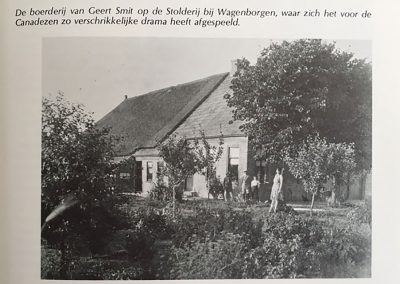 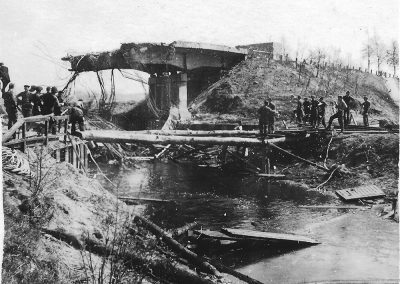 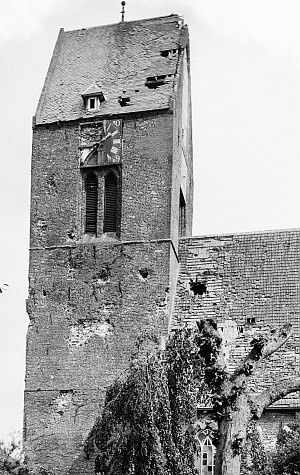 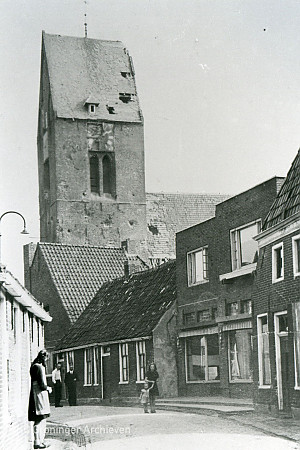 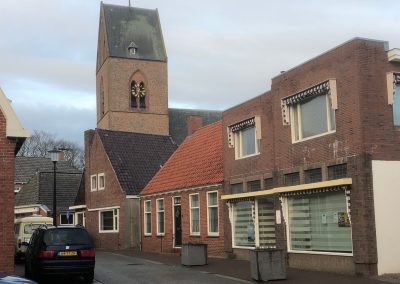 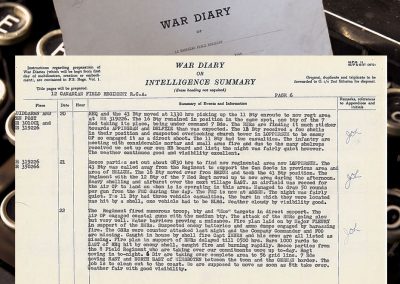 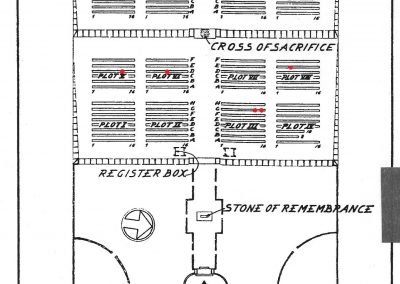 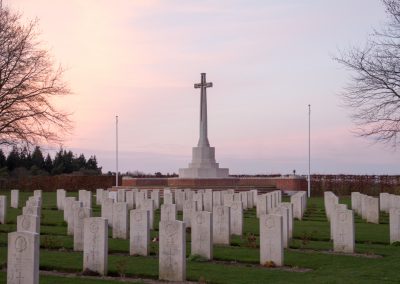