My grandfather was Allan Cecil Simmons, B47554- Gunner 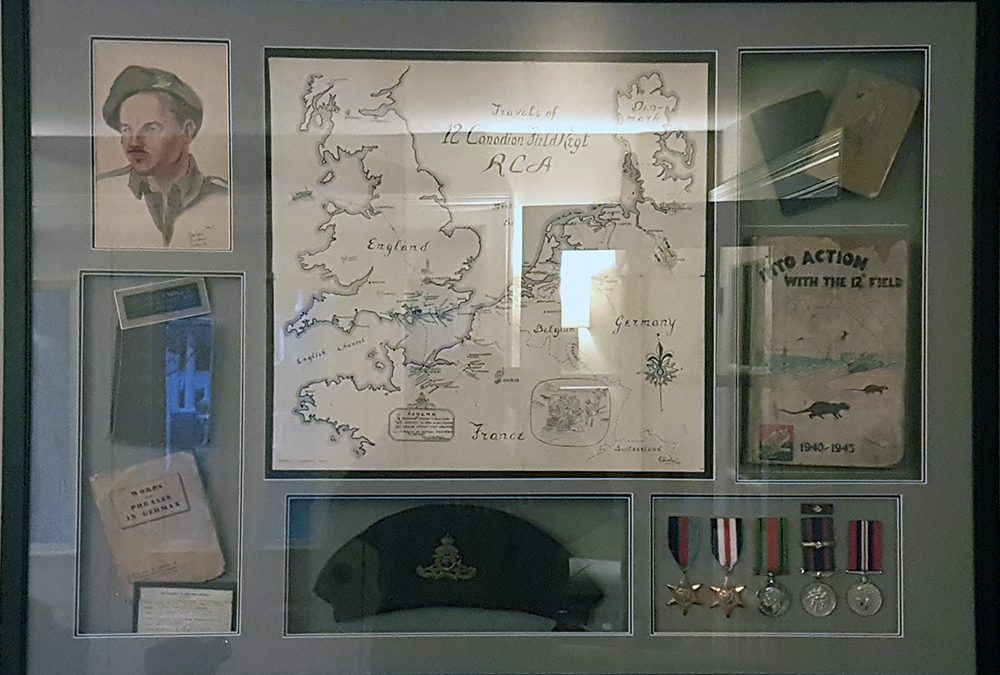 My Grandfather was part of the 12th Field Regiment. He passed away 12 years ago. He was one of a kind- after reading your website, I now know why. 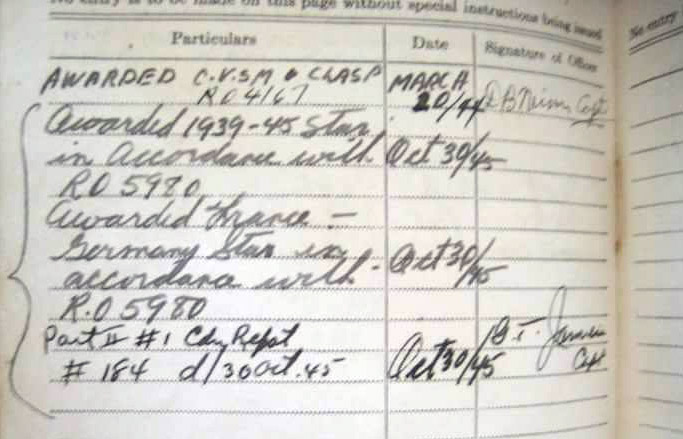 After he passed away my mother applied to the government for his medals, he never asked for them after returning from the war. My grandmother (his wife) passed away 22 years ago. She never forgave him for leaving and going to war. My mother was 1 when he left…
After she passed away he would tell us details but was always very humble… A very warm hearted respectful man. He ran a successful business after the war in Toronto.

He had one daughter (who’s my mother). We all live in Port Dalhousie- St . Catharines. His items from the war and Regiment are with me. 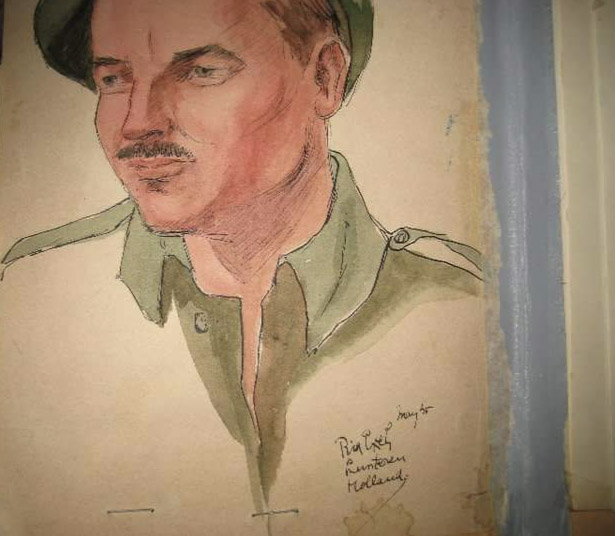 I was just on Facebook telling about the 12 Field and my grandfather for Remembrance Day. I have a book called “into action with the 12th field”. In the back of the book was a map labeled “travels of the 12 Canadian Field Regt. RCA”. The shows their entire travels from beginning to end.
Also in the back of the book was hand drawn picture of my grandfather in uniform. It was drawn and signed by an artist in Holland, May 45… I believe in appreciation for their liberation.

My grandfather’s name was Allan Cecil Simmons, B47554- Gunner.

I also have his Canadian Army, Soldier’s service book, pay book and license. Shows awards and particulars – D-day… Wichita happened to be the day I was born 30 years later. 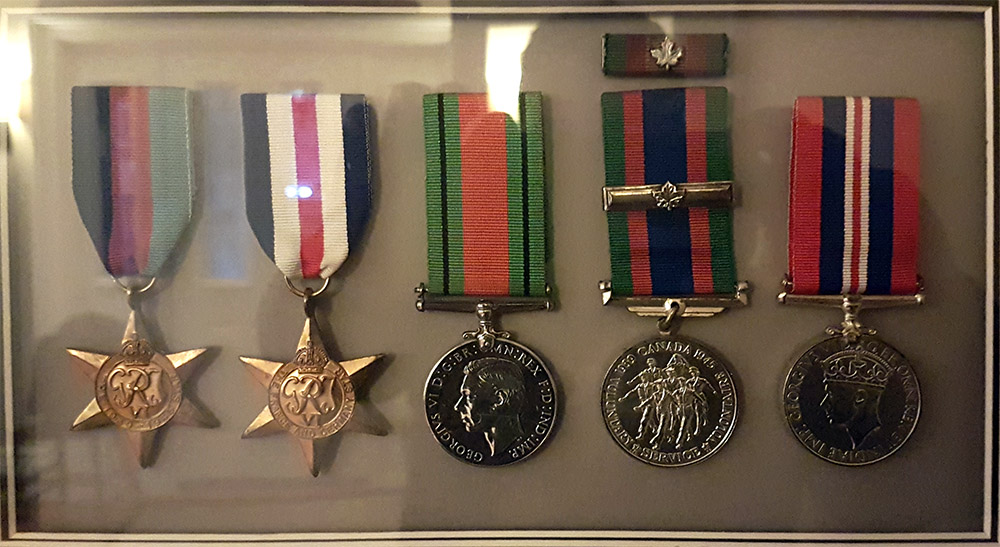