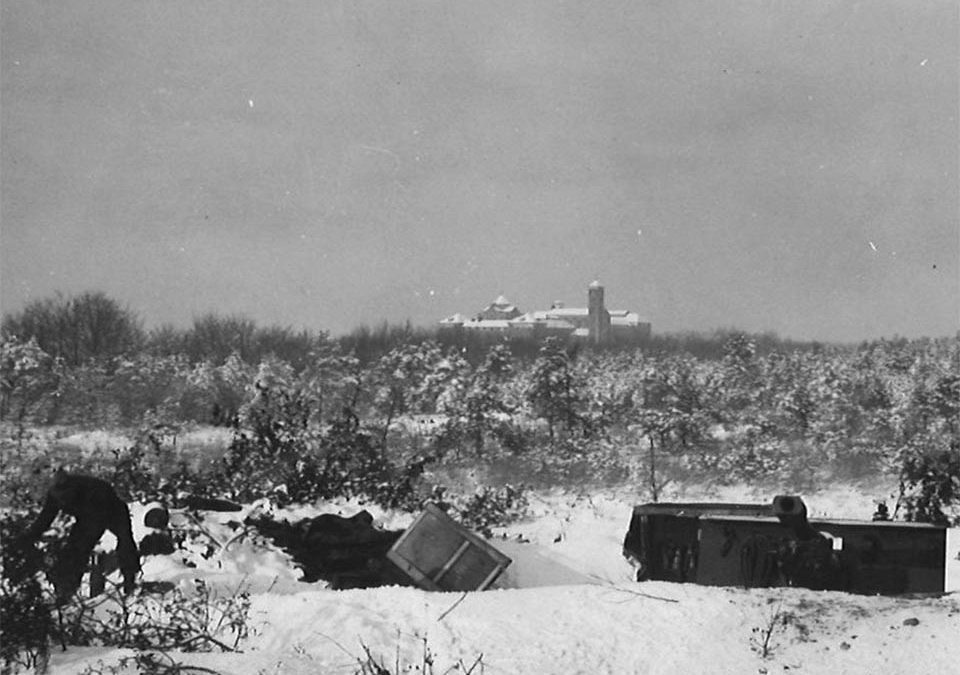 The 12th Field Regiment Troops endure the cold and bitter Winter of 1945 in Groesbeek and Nijmegen, Netherlands area

On January 11th, “The men are all busy fixing up their new homes—dugouts are being redecorated….”

Summary of Events and Information

No HF and no bombards and only a few troops targets.  There was a change in the OPs. Lt COOK took over OP #6 from Capt HAIR who went to OP #3„ relieving, Lt ARMSTRONG.  At 2200 hrs a message was received from Div Arty stating that from 1200 hrs tomorrow the Regiment would be under two hours notice to move.

At 1000 hrs the Regiment received the order to change position with the 4 Cdn Fd Regt at MR 720584. The change over started at 1300 hrs and by 1730 hrs all the troops had report °Zero line recorded”. The men are all busy fixing up their new homes—dugouts are being redecorated. Lt-Col R.H. Webb, HBO attended a CRAs. conference.  Our OPs are staying out until the  7 CIB is relieved by the 2 Cdn Div. They have authority to fire the 4 Fd Regt if necessary. To-day the weather remains clear but cold with good visibility. The ground is still covered with snow. The ammunition expenditure for to-day was nil.

Lt-Col R.H. Webb, DSO left early this morning for a demonstration on a new type of fuze, he was accompanied by Major KEBLER and Capt HASTINGS • The demonstration had can cancelled the two previous days around 0800 hrs but this morning  the cancellation came too late and the CO had left. A DR, sent after  the party failed to catch up with them. Luckily  enough  the CO managed to get a private demonstration from the officer in charge of the shoot at the range. During the day 700 rpgs were dumped on a gun position for future operations. All our OPs were relieved by officers from he 4 Fd Reft and the 7 CIB replaced by the 6 CIB came into Div reserve. 5 CIB and arty support reverted to 2 Cdn Div command. Major D.M. WIISoN, Lt  FROST and the first group  of ORs on U.K. leave reported back this afternoon. All were very pleased with the good organization of the “scheme”. Lt FROST added “The trip is highly recommended to all. Another group,  including RSM Hamilton left this morning. Only one bombard SHORT from the CMO was fired during the day. The weather is cold and dull, the snow is slowly melting away. Visibility approximately 1500 yards.