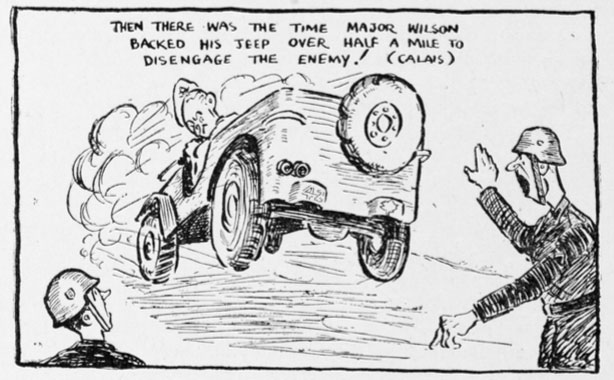 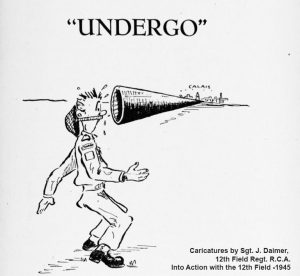 “Undergo” started on September 25th and we fired a long fire plan in support. Escalles was quickly cleared by the 8th Brigade and the 7th Brigade made good gains towards the coast. There was still a flooded area to be cleared around Calais itself but the approaches were systematically cleared during the 25th and 26th. Heavy fighting continued during the next two days and it was a busy time at the gun position. By the 28th the Winnipeg Rifles and the Canadian Scottish had elements in the outskirts of the city itself and a twenty-four hour truce was called for on the 29th to enable the civilians to be evacuated.

Excerpt from ” Into Action with the 12th Field “ 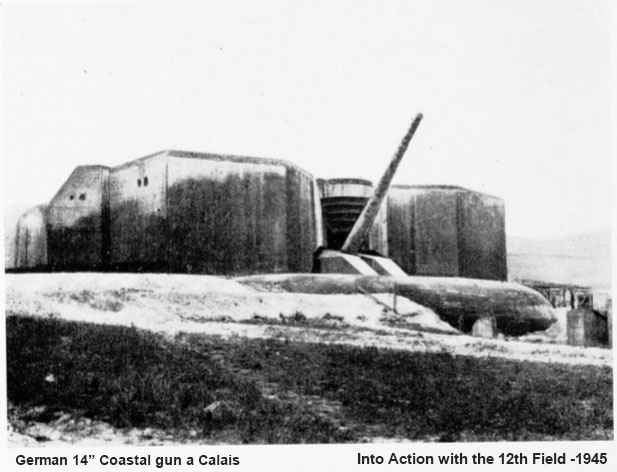 Sept 25- 1944: Attack on CALAIS area. ESCALLES cleared by 8 CIB quickly. RWR and RR move north without heavy opposition. 1 CDN SCOTTISH move through RWR to the coast in the evening. Heavy fire all day. No CB on us. Two OP gunners wounded, one died later. We now hold most most of high ground WEST of CALAIS but have to cross flooded areas to reach the city, night quiet.

Excerpt from ” Into Action with the 12th Field “, continued..

“Throughout the day, the FOO and his Able remained in the OP protected only by a sniper post, as the main Company position was two hundred and fifty hundred yards further away. They were constantly harassed by machine gun and mortar fire, which finally hit their “3 8″ set. Fortunately, the snipers also had one so it was borrowed and the shooting continued. At dusk it was decided to leave the post and return to the Company HQ for the night. It was lucky they did, because the enemy made a counter attack shortly afterwards and captured the area where the OP had been.”

This story aptly illustrates the hazards of the life that many members of the Regiment lived under continually. There are many others but there is no room for them all. Forward Observation was seldom “duck soup” but directing our fire on the enemy was a great thrill and will provide anecdotes for those who actually did it for the rest of their lives.

Hostilities were resumed at 1200 hours September 30th and although there was reason to believe that the Garrison Commander would be amenable to reason the attack went in. The bombing was called off but the Artillery consisting of the 3rd Canadian Division, 51st Highland Division, and Canadian Agra and two British Agras made things very hot in Calais. By the end of the day our troops were in possession of the town and the garrison had given up the ghost. “ 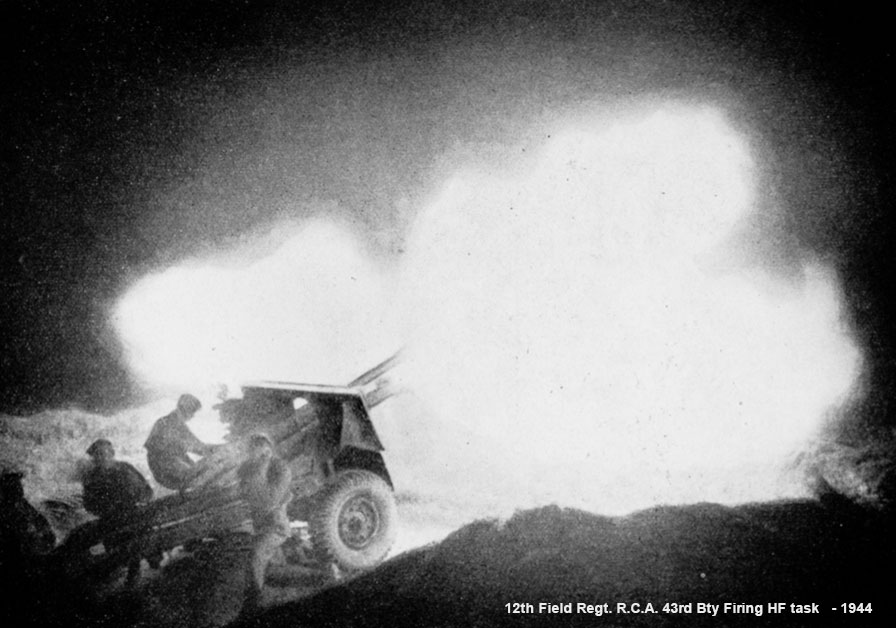