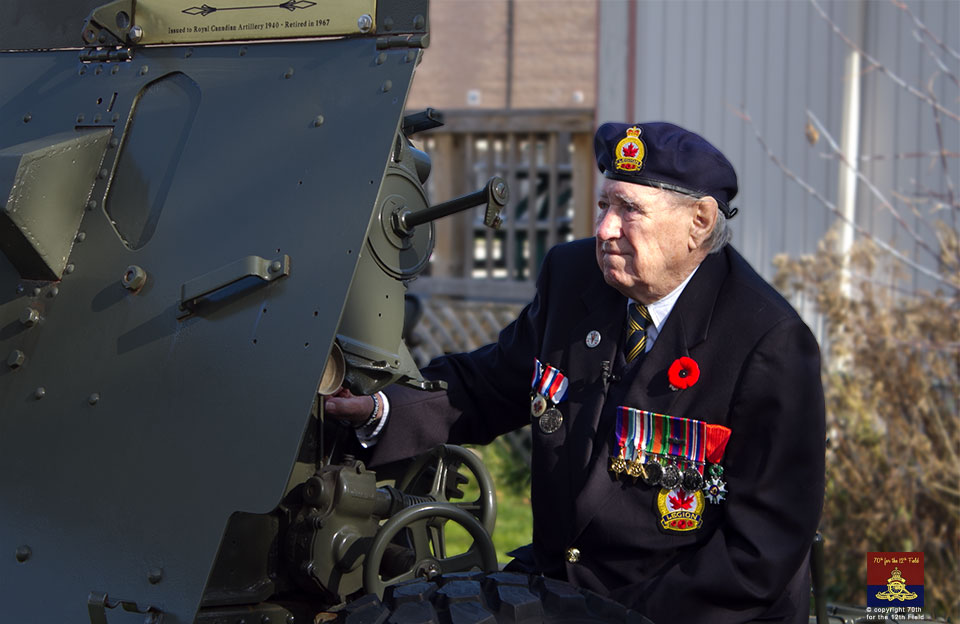 A member of the 12th Field Regiment Royal Canadian Artillery, Sir Frederick Heber, who will be highlighted in our planned documentary on artillery regiments from Southern Ontario who served our country and some unfortunately paid the ultimate price…

Veteran Gunner Frederick J. Heber, at 93 years, has earned the rank of Knight of the French National Order of the Legion of Honour for his extraordinary service. This prestigious decoration is the highest honour conferred by the Government of France as a tribute to Canadian Veterans who courageously took part in the landings in Normandy and Provence during WWII.
Fred Heber, born January 10th, 1922, volunteered like many Canadian young men at the time, to serve during World War Two. Fred enlisted with 11th Field Battery of the 12th Field Artillery Regiment in 1940. Training started in Canada and continued on for years in the UK. Fred and his fellow soldiers of the 12th Field Regiment were part of the first wave on D-Day, June 6th, 1944 charged in taking the beach in Normandy and first to fire from the landing craft onto the beach. The 12th Field Artillery Regiment served as part of the 7th Canadian Infantry Brigade and the 3rd Canadian Infantry Division.
The 12th Field Regiment maintained its role of supporting fire in liberating town after town including Caen, Hautmesnil and Ault, St. Valery sur Somme, Calais along the coast of France. Operations included Totalize & Tractable and surviving the tragic Quarry Bombing in the Falaise Pocket. Then moving to to Belgium in Scheldt Estuary, Operation Switchback at times supporting the 7th, 8th and 9th Brigades.
The 12th Field was the first Canadian Artillery unit to fire their guns in the crossing of the Rhine into Emmerich, Germany during Operation Plunder. This after a cold and bitter Winter in the Nijmegen / Groesbeek, Netherlands area. The battles continued through April 1945, in the Liberation of Netherlands as they pushed North, with fierce fighting to the end of the war, V-E Day May 5th, 1945 when Germain Forces in North West Europe surrendered.

An excerpt of the letter  from French Ambassador, Phillippe Zeller who writes :

This distinction illustrates the profound gratitude that France would like to express to you. It is awarded in recognition of your professional involvement in the liberation of our country. Through you France remembers the sacrifice of your compatriots who came to liberate French soil, often losing their lives in the process.

On October 26th, 2014 the Orangeville Branch of the Royal Canadian Legion presented the medal to Gunner Sir Frederick J. Heber . 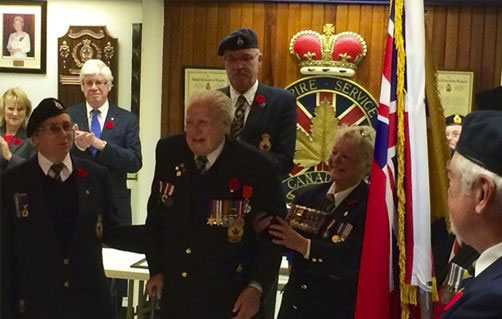 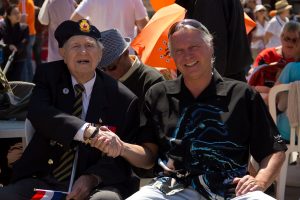