We remember our local heroes 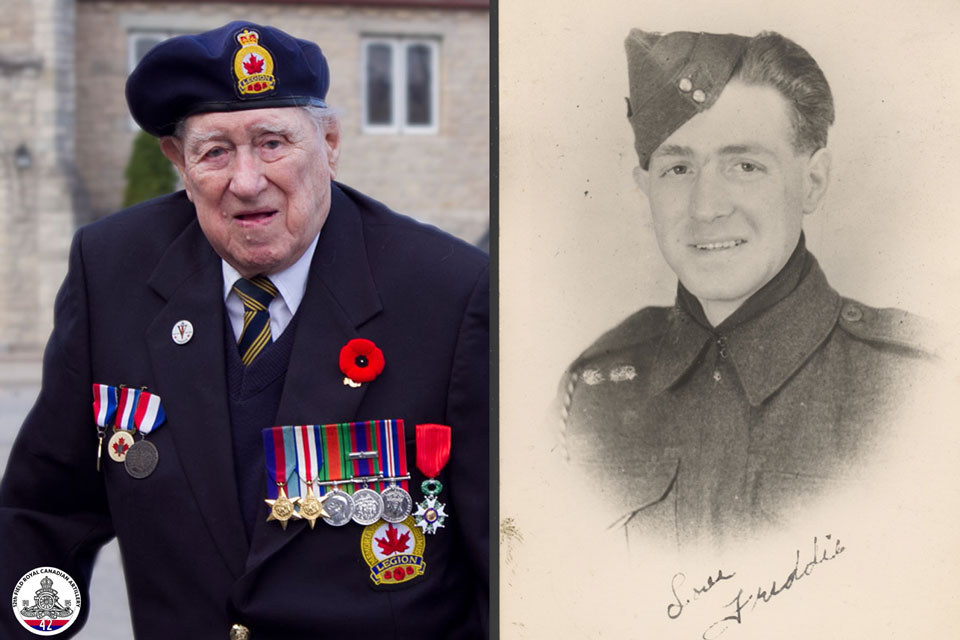 We remember our local heroes
November 10, 2017, By Mike Pickford

While it has been more than 70 years since local resident Fred Heber returned home from the horrors of war, the memories imprinted upon his mind remain as vivid as if they occurred yesterday.
A son of old ‘Cabbagetown’ in Toronto, Fred was just a boy when the threat of war loomed in the late 1930s. In the midst of The Great Depression, Fred remembers well just how bleak his prospects appeared upon leaving school. Then it came. War was here. The young boy immediately became a man, not that he really had a choice.
Fred enlisted in Hamilton alongside his childhood friend, Tom Morris. He remembers that first night, proudly puffing his chest out in his new uniform. Ready to protect his family and fight for his country. The pair were soon sent off to Halifax, Nova Scotia. Within days they were on a boat. The destination was Liverpool.
He doesn’t recall the boat ride. It must have taken a couple of weeks at least. The only thing that sticks out in his mind is the constant bobbing of the waves. The heaving of his fellow soldiers who couldn’t deal with the treacherous tide. Then they arrived in Liverpool and, in Fred’s own words, all hell broke loose.
“We didn’t know what we were getting ourselves into. We landed in Liverpool and the Germans started to bomb us,” Fred said.
That was 1941. If you know anything about the Second World War, that was the time that Nazi Germany really started to take a strangle hold on Europe. They were determined to break British spirits. It just so happened that Fred and thousands of other Canadians got caught up in the mess.
He never stayed anywhere for too long. Within a day or so, Fred and the rest of his 12th field regiment were dispatched to Sussex, the southernmost county in the UK. There they were handed broomsticks, not guns. They were expected to carry them around everywhere, as if to create the illusion they were always packing.
“There wasn’t enough equipment to go around. We had one 12 pounder (gun) there on site and that was it,” Fred noted.
Their job wasn’t necessarily to fight in the war at that point. Fred and his buddies were doing everything from building temporary shelters to raising animals. More than anything though, over that three year period in Sussex they were preparing themselves, both physically and mentally, for what was to come.
No matter how much training they did, absolutely nothing could prepare them for what happened next. Fred was one of the thousands to participate in the Normandy landings, storming Juno Beach on D-Day. He closes his eyes, as if to try and block the memories from reappearing before him during our interview. He tells how he hopped off his boat into the shallow waters, dozens of his friends, people he had spent the last three years of his life with, close behind. It was a frightening scene. Bullets rained down on the Allied ranks as the Germans tried to prevent them from moving inland.
“There was no time to do anything, we just had to keep moving fast, pushing forward,” Fred relays. “All my buddies… I lost quite a few of them on that day.”