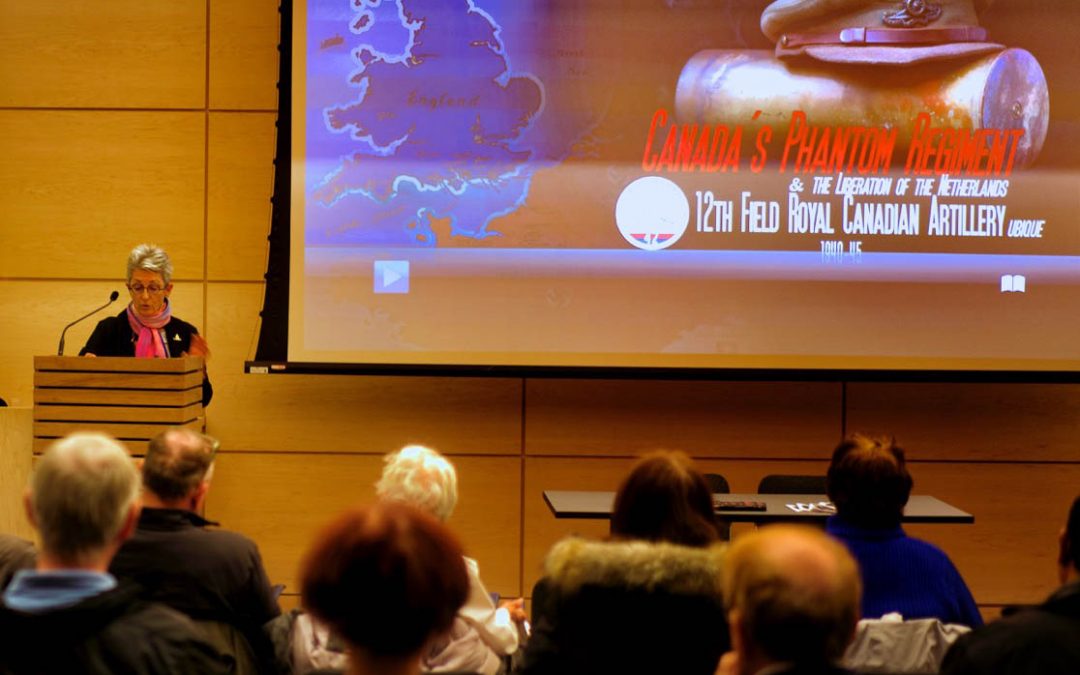 A wonderful audience came for screening of the documentary at the Toronto Reference Library – November 21st, Beeton Hall.

” The documentary that you will see tonight brings alive an important part of our military history, about which, unfortunately, Canadians know very little. This documentary will help change this. It will also make you incredibly proud to be a Canadian.

The “Phantom Regiment” is the dramatic story of one Canadian artillery regiment from southern Ontario, the 12th Field Regiment, which went ashore with the Allied forces and played not only a key role on D-Day, but in the clearing of the Nazi army from France, Belgium, Holland, and Germany. And, it played a special role in the liberation of Holland. 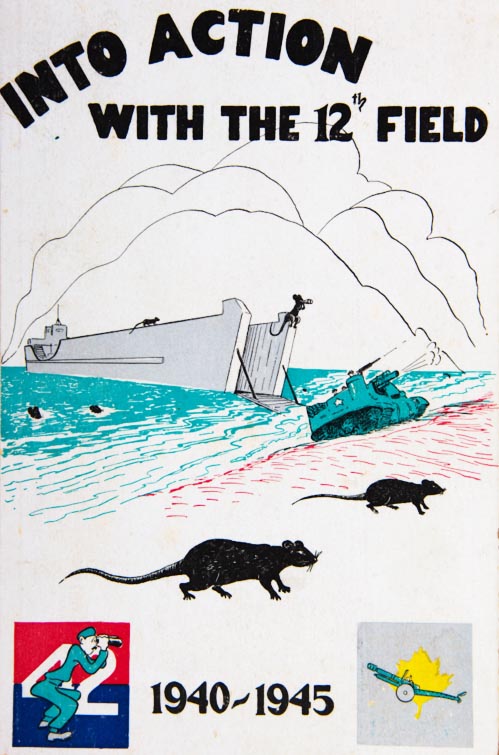 My name is Penny Bell. Like many of you, I have a personal connection with this story. My father, Thomas J. Bell, wrote “Into Action With the 12th Field -1940-45, ” the official history of the regiment. 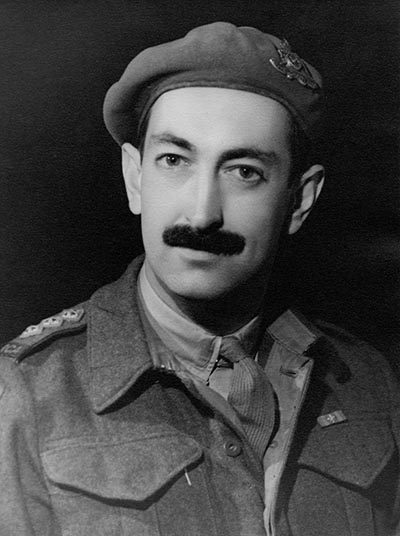 My father was also one of the many young men who volunteered for the 12 th Field Regiment. Over half the Canadian men between 18-45 volunteered to fight in the Canadian Army, along with thousands of women who volunteered in other capacities. Most men left jobs, and many left young families, to do so. This is a remarkable statistic, inconceivable today. We may never see this mass valour and commitment to ideals again.

As a kid, I thought my father’s book was incredibly boring. Now it sits on my desk and I read it often. I am continually amazed and impressed by the achievements of the 12th Field. I’m told the book is now a collector’s item. My father would be so proud to know that his book was crucial to the making of this film.

This film is about a group of young men from every walk of life- from farm boys to executives, that become a close knit regiment, bound together for life as only those can be who train and fight together for years under unimaginable conditions.

This regiment formed a small part of a small army, both of which punched far, far above their weight throughout the war, and accomplished things far, far beyond anyone’s expectations.

For example, the Allied High Command estimated that the Canadians would suffer 75% casualties on D-Day, and within days would cease to be an effective fighting force. As you will see, how wrong they were!

This film was the brain-child of a very small group. Historian Bob McEachern was the driving force, assisted by researcher Diane Gilbertson. They had one desire, to tell the story of what this amazing regiment accomplished, and to keep the story alive for future generations. A family team of filmmakers from Hanover, Ontario was hired, who made the film over 2 ½ years. In the process, they were so taken with the story that they went far beyond the original conception of the project and used their own funds to complete it in a manner that they thought was fitting to the memory of the 12th Field Regiment. They filmed it on a shoestring budget. Thousands of volunteer hours from many people were involved.
Especially valuable was the work of the President of the 12th Field Association, Rob Stark, who shared his years of research identifying thousands of war photos from family albums from across the country, and artifacts and documents from the regiment. A huge library of photos, documents, and videos has been created. Hopefully, through donations, they will be digitized and preserved.
……..
This film has been donated to museums and libraries and schools across the country.

Thank you to all those who worked so hard in the making of this project. It has been an eye-opener for me and my whole family. It is a wonderful legacy to Canada. ” Penny Bell.

Our sympathy & special thanks for Kathy McEachern who supported Bob McEachern during the entire project. Kathy’s quiet presence with her lifetime devotion to her family, especially will be missed.
McEACHERN, Katherine Diane ‘Kathy’ (nee Newell)  –  Of Palmerston passed away at the age of 72 unexpectedly on July 25, 2016 in Listowel Memorial Hospital. Link to Obituary >>

Thank you Valentina Ciric  for help & presenting the documentary at the Beeton Hall.

Thank you David Marigold for keeping the flow of communications with the Toronto Reference Library Team the last 2 years!