Join us for the Premier November 15th 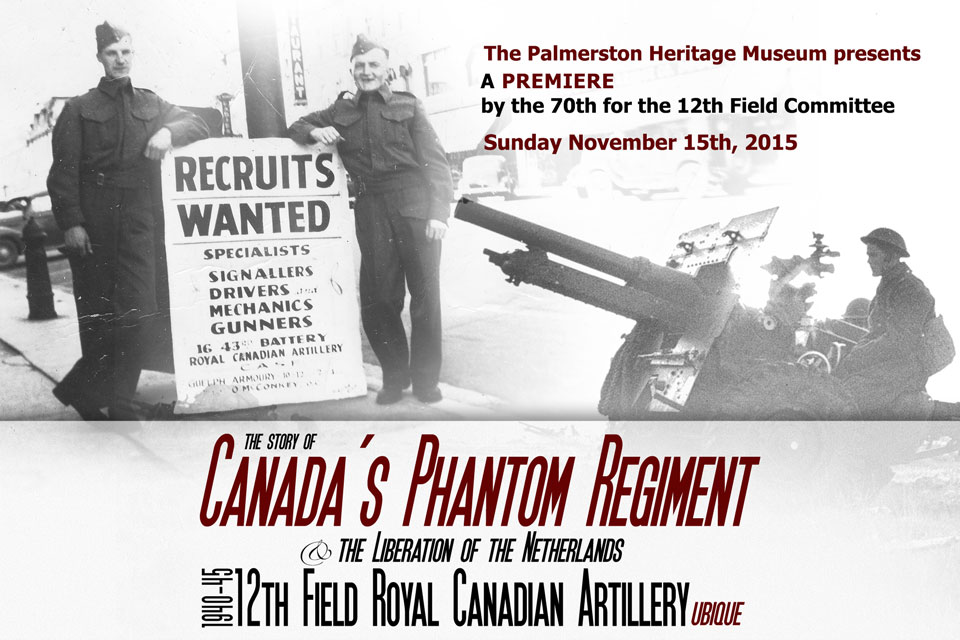 A documentary feature on the 12th Field Royal Canadian Artillery Regiment that fought in some of the most historic World War II  battles & was integral to the 1945 Liberation of the Netherlands.
Their’s is a story of untold bravery, honour and sacrifice; virtues that won the war and freedom we enjoy today. Through the eyes of those that lived it, history comes alive through interviews, WW2 archival footage, still photographs and authentic material. It is a personal story about remarkable men and women and their memories of their time. 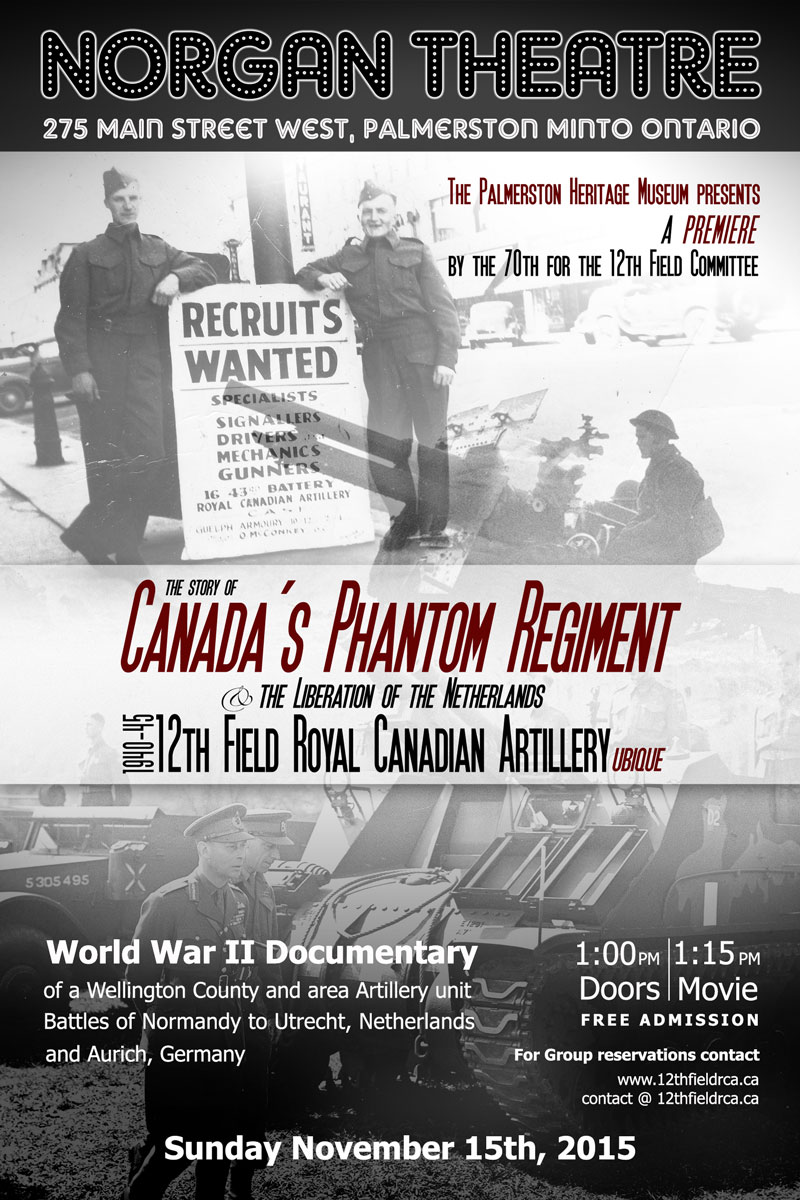