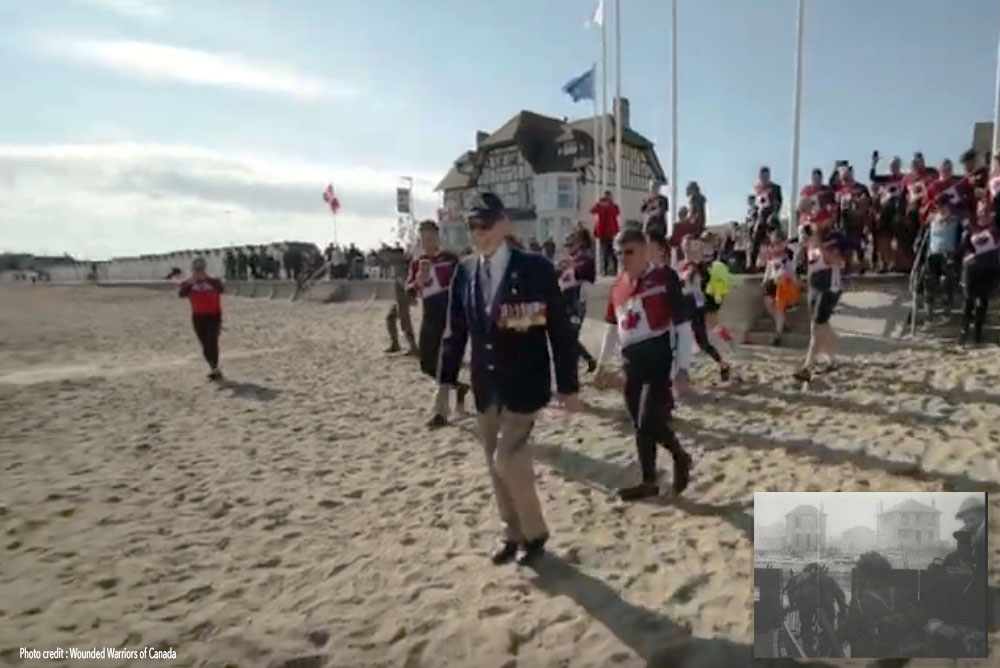 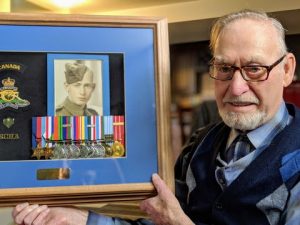 different experience from 75 years ago when he landed on Juno Beach, D-Day 1944, firing from an M7 Priest, with a 105mm Howitzer,  off the Regiment’s LCT (Landing Craft Tank ).

June 6th, 2019 marks the 75th-anniversary commemorating thousands of soldiers from America, Britain, Canada, and many other countries who participated in the Allied invasion of France during the Second World War. “The Canadian Artillery contribution to the Liberation of France was significant – nine field regiments and three medium regiments (almost 300 guns), and several anti-tank and anti-aircraft regiments (350 guns). A total of 17,000 Gunners. About 2,000 Artillerymen were killed or wounded in the liberation of France.”

Russell Kaye who grew up on a farm near Salisbury, volunteers in the artillery at the young age of 18, was sent for training from Debert, N.S., to Petawawa military camp in Canada and a few years overseas in many field training camps of the UK. From D-Day to the following months fighting north through France, Belgium and the Netherlands and into Germany when the war ended in May 1945.

Link to May 5th Liberation day in the Netherlands >>

On June 6, 2019, Russell Kaye returns to Juno Beach at 95 years, now an ambassador for Wounded Warriors, a non­profit organization which assists Canadian veterans who have been wounded, maimed or suffer from the post­traumatic stress disorder. With his son Chris, he participates with 130 others in the organization’s Battlefield Bike Ride, a bicycle journey which begins May 30 in Dieppe, France, travelling 600 kilometres to the Juno Beach Centre, the Canadian memorial to soldiers who participated in the Normandy campaign.
Kaye says he was never wounded but was left nearly deaf from firing thousands of rounds of artillery shells and wears his hearing aids all the time. But he says many of the soldiers who returned from the war had problems with alcohol and crime.
“I’m one of the lucky ones. I was a good ducker I guess,” he says.

Marking the 75th Anniversary of D-day. The riders arrived at Juno beach and walked down to the beach with D-Day Veteran Russell Kaye. After paying their respects, the riders made their way up to Bény-sur-Mer Canadian War Cemetery for BBR19’s final ceremony. 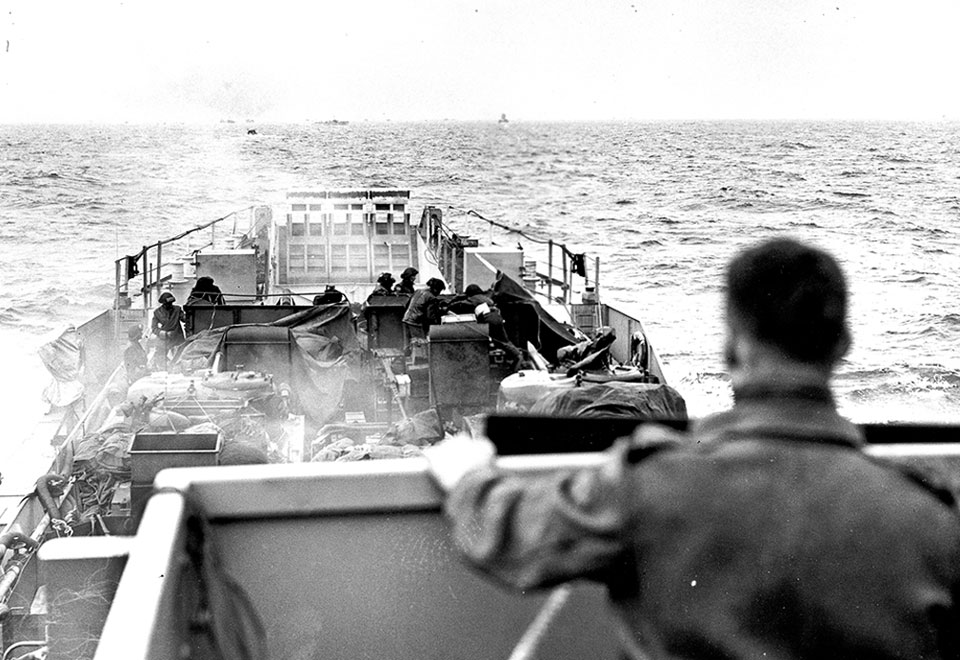 1. 12 Fd Regt, RCA, was loaded into six LCTs with additional marching parties mingled with the res inf coys of the assault bdes, -R Wpg Rif, 1C Scot R, and HQ 7 Cdn Inf Bde. The Channel crossing was rough – so rough that everyone was surprised to hear that the op was under way.
2. During the run-in Maj A G Goldie acted as Fwd Observer and directed the regt’s fire onto the WEST end of COUSEULLES, 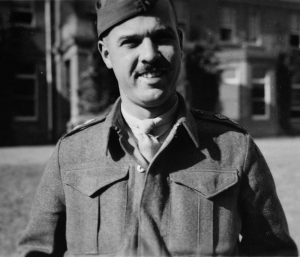 where he reported it to be effective, with rounds falling in the target area. 120 rpg were fired and the results in COUSEULLES were clearly visible to the gnrs after landing.
3. The four observing offrs and the recce parties had landed with their coys at approx H+15mins. Maj E Pickering, 2IC, Maj J. D Ross, OC 16 Bty, Capt G. M Wright and Lt Gothard were all wounded by MG or mortar fire shortly after reaching land.
4. Maj Goldie found the beach exits blown by the enemy and the low ground SOUTH of the dunes flooded and impassable. It appeared as if several hrs work were required before exits could be made ready. Meanwhile the guns served no useful purpose lying offshort. It was therefore decided to bring the craft in to the beach and to put the guns in action at once. The scheduled time for landing was H+75 mins; the actual time was very close—about 0900 hrs. The tide by this time had covered the obstacles so that the LCTs had to find their way through them. In some instances, vehs were forced to wade off into deep water. But all guns were ashore and providing arty sp to the advancing inf in a short space of time. To the confusion of men and vehs on the beach was added the roar of the guns, firing from the water’s edge, with RHQ behind them literally in the water. 12 Cdn Fd Regt was thus the first unit in the div to bring down arty fire from land. No guns were lost, but two vehs were drowned.
5. When the exits were opened the regt moved inland, one bty at a time so as to provide continuous sp, beyond the minefds to BANVILLE area, where it remained for the balance of D-day and the following night.
6. The next day, 7 Jun 44, as the inf of 7 Cdn Inf Bde advanced swiftly to the final objective, the regt was again stepped up, giving continuous sp, to the area near BRAY allotted to it. The gun area was originally planned would have been well protected had 9 Cdn Inf Bde been able to capture its objective. But as it was, for three days 12 Cdn Fd Regt had no inf on their front between themselves and the enemy. Beginning on 8 Jun 44 enemy tks and inf approached the gun posns from the SOUTH and SE, usually about dusk, and were engaged by SA fire and even arty firing over open sights. All such attempts by the enemy were broken up, and losses in dead and wounded inflicted on him. German PW remarked on the accuracy and effectiveness of the arty.

Ref.: The M7 vehicle was a tank chassis that had the turret removed and was fitted with a 105 ­millimetre artillery gun and a 50 ­calibre machine gun.

Sir Russell Kaye reached us through the website on July 1st, 2018: